I was having a late night conversation with a friend on his Twitch stream and he mentioned that something had lit a fire under his ass to get something accomplished. My response was a comment about how I haven’t found the motivation to do the things I want to do, and followed with quoting Chris Tucker’s character from The Fifth Element “Korben my man I have no fire.” 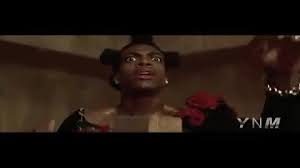 He then asked what ARE the things I want to do? What are my goals? I had to mull over that question for a moment, and told him I should probably just make it a blog post, because it was going to be a long answer. After starting the draft for this post I continued thinking it over.

The next night we had continued part of the conversation during my own stream, but I didn’t want to go into too much detail on stream when I had already said I would write this entry, and my friend was also adamant I save it for the blog. So here we are now, and hopefully you are reading this.

My last couple of “5-year plans” were fairly simple. Graduate college. Done. Find a decent job that I could use my education towards. Done, although that one more or less fell in my lap after some minimal effort and a bit of luck. That one ended up falling through, though, and I had to take a few steps back. I put in some effort with that “networking” thing they say you should do and I was able to get back on track. After I got myself into a new job that fit well enough I figured I was good. But that’s where things kind of stagnated. I got comfortable and didn’t give a second thought to what I should try doing next. So back to the point. The questions. What are the things I want to do? What are my goals? What’s my current 5-year plan? I didn’t have a clear answer to give and needed to think things through before responding.

At this point, those were all the high level life goals I had and managed to accomplish. I would like to mention that I had other things I would have liked to do, but those things always got put on the back burner because they were of a lesser priority and wouldn’t guarantee I could pay my bills. Now that I have a little bit of security in my life, I can go back and revisit some of these ideas. The first of which was something I had wanted to do long ago. I wanted to write stories. Maybe write a novel or two and see where that takes me. The second thing I wanted to do was an idea introduced to me much more recently, and that was streaming.

Thinking back on these ideas, and what initially motivated me to pursue them as goals, I came to a couple of different conclusions

For writing it was the concept of being able to create worlds and dream up stories that I could share. I loved that idea, but because I had started it so young (all the way back in elementary school) I couldn’t properly nurture it on my own. I needed help to encourage and guide me. Outside of a few activities at school I never got the necessary push, so the idea withered. It didn’t outright die, as I’ve always kept dreaming and sharing my ideas, oftentimes without writing them down. Whether that was a mistake or not I can’t say for certain, but the ideas were out there and were being further developed in the back of mind, being influenced and shaped by the books I would read or the TV shows I watched. As I got older the importance of money was introduced into my life, and eventually I began to see writing for part of what it was to the authors. It was a job, albeit one they most likely enjoyed wholeheartedly. It was then that it clicked for me that maybe writing wasn’t something I wanted to do, because I had decided it wasn’t going to be worth my time when it came to earning a living. Looking back I could tell that something inside me hadn’t totally given up on the idea, because I was still curious. Through my time in high school and college I would occasionally read up on different authors thoughts about the subject of writing fiction novels as a career. The way they made novel publishing seem like a daunting task was, again, a bit of turn off. So I shelved the idea since I had already set myself on a different path by the time I had reached college. Now I want to revisit the idea and set some goals for myself.

On the subject of streaming, the idea intrigued me for a couple of different reasons. The first of which, since I was already an adult (maturity level subject to discussion), was that I could potentially make money from my hobby of playing video games. So I dug in. I did research, lurked in channels, made a variety of friends, all so I could understand what streaming really was. Shortly after I had officially started streaming the dots began connecting in my head, and I realized several things. The first thing I realized was that for some streamers it is a full time job, just like for authors who publish several novels year after year, but to get there it was going to take a lot of time and effort. So I tossed aside the idea of making money off of streaming, because with that kind of motivation I was only going to get angry and depressed when I would have undoubtedly discovered nearly no money being generated. After coming to terms with myself on that piece, I came to the second realization of what streaming actually was for someone who already played games as a hobby. Streaming was just an extension of my existing hobby. A hobby on top of another hobby. I could choose at my leisure if I wanted to stream, or not stream but still play games. The final realization, and arguably the most important one, was what streaming actually meant to me. I realized it was a way for me to share with others (there’s that concept again) and enjoy games with other people. It gave me an oddly familiar feeling. It was almost like the return of something I had done as a kid. My siblings and I shared our video games, and we loved watching each other play. So it’s no wonder I was able to quickly latch onto and become comfortable with streaming. After coming to these realizations I concluded one thing. If I wanted to continue streaming long term, and potentially return to the original motivating factor of earning money as a goal, I had to reconcile with myself about what it all meant to me. I had to reach a certain point of maturity. Yes, it would be great to make money doing something I love, but I needed to be doing it for the right reasons. After seeing the way things had turned out I had to come to terms with myself that I needed to have a much more noble goal, and that the money portion was not the object of importance. That’s when I started to tie things together in my head.

So, if you’ve read through to this point, thank you. Now that you’re more aware of a couple of the things I want to do, you might still be wondering what the goals are. After all the recent conversations and self-reflection, I’ve come to the conclusion that I really only have one goal and it is quite simply stated as “To reach and have a positive influence on as many people as possible.”

Each thing that I want to do is going to have its own set of challenges, some similar and others unique, but accomplishing them could yield the results I want to see. It’s going to take long hours, lots of effort and sacrifice, but in the end it would be worthwhile to see that I’ve left my mark on the world. I think I’ll start right now.

To my friend “Manny” for getting me thinking, and inspiring me to write this blog entry. Thank you. Stay awesome, my friend, and I’ll see you on Twitch and Discord.

P.S. I’m a bit of a sucker for less popular films with cult followings.